Not a matter of personal preference

May 14, 2014 feature, HBV, VAW Comments Off on Not a matter of personal preference

People have recently been tweeting at me for some clarification around the motivations of perpetrators of HBV. It’s something that is, emotionally, very hard to grasp: many parents and siblings can’t imagine deliberately inflicting violence upon a sister, daughter or niece because of a sense of shame.

We have to recognise that when we think that we’d show support and solidarity to a ‘shamed’ family member, we are saying this from a very different starting point: we are speaking as members of individualistic, loose-knit societies. Aref Abu-Rabia (2011, p. 38), says that the perpetration of an ‘honour’ killing should be considered ‘an organized social act by the family, not a matter of personal preference.’ Collectivist, tight-knit societies place much heaver burdens upon their members and have harsher responses to deviance. A loose-knit society might find a little deviance acceptable, even adding a pleasing touch of eccentricity and character, and there is more tolerance for a diversity of opinions. However, tight societies will tend to punish comparatively minor transgressions. The ‘tightest’ societies are often the most homogenous, those which have recent histories of agrarian production, and those which have experienced societal trauma like war and occupation. 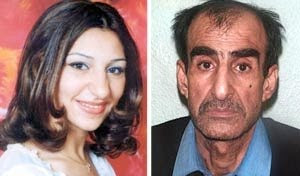 How can a father kill his daughter?

The act of an ‘honour’ crime, then, may be far less optional than we might think from our individualistic standpoint. For instance, my notes from attending the first trial in the case of the murder of Banaz Mahmod note that her father Mahmod Mahmod raised a complaint for harassment with his local police station stating that he had received anonymous phone calls and faxes in Kurdish, Arabic and English due to his daughter’s behaviour. Banaz herself referred to a campaign of harassment against her family in a police interview recorded on the 10th October 2004, just months before her death.

Abdallah Yones, murderer of his daugther Heshu, had received letters urging him to act, placing pressure upon him to do so; and once he had killed her, this pressure reconfigured into support during his trial, an effective symbol of his reintegration into the Kurdish community. And anyone who reads Ayse Onal’s very accessible perpetrator study, Honour Killing: Stories of Men Who Killed, will be at least a little moved by the plight of Ilyas, who killed his sister, but who did so after a life rendered intolerable through months and months of broken windows, violence and public humiliation from his community. ‘I did not dare to go to a funeral or to go out in public because people were ridiculing me,’ a killer told Kurdish researcher Minoo Alinia.

That is, perhaps the overt face of community pressure – the brick through the window – but it also has a more tacit presence, which is exclusion. ‘Neighbours won’t say hello, they won’t trade with members of the group and they won’t marry their other daughters until the deed has been done,’ according to Turkish author Mehmet Faraç. Exclusion is harsh enough in any setting, but even more so within a highly interdependent and interconnected community. A pint of milk has passed through dozens of anonymous hands between the cow and our shopping basket, and our only requirement to purchase it is possession of means to pay; but in the village settings of tight, agrarian societies where the ‘honour’ system originates, every relationship is personalised and inflected by considerations of status, in-group membership and conformity to shared norms. Non-conformity may be more costly than murder to the family as a whole, over the long term. If killing one daughter can save all her younger siblings from dying as spinsters, then, in societies where marriage is women’s only possible future, this can be seen as a necessary sacrifice.

In my research, just over 40% of respondents from the Kurdistan Region of Iraq agreed with the statement ‘Those who do not clear their honour are excluded from the community.’ However, of those respondents who had reported experiences of HBV in their family, nearly 70% agreed, a strong, statistically significant, difference suggesting that community pressure is a very salient aspect of HBV motivation. There’s a need, then, to attack HBV through enabling change at a community level, and to continue to study these forms of violence sociologically.