A history of ‘honour’

This is another, far longer section of writing which was removed from my thesis after the advice of the examiners. It’s kind of a history of how ‘honour’-based violence may have developed in Mesopotamia.

This will be the first of four posts:

Part One: A history of honour

with every goddess, queen, and bitch
from there to here
you scratched your itch

Within antiquity, Eurasian cultures were richly hybrid, particularly those abutting the Mediterranean Sea, which formed a conduit for civilizational cross-fertilisation. Intercommunication was intense from the 7th and 6th millennia onwards3 leading to ‘an osmotic similarity of cultural space’4 across the continent, especially the northern littoral of the Mediterranean, Anatolia, the Maghreb, and the Levant and the sources of the first Eurasian civilisations.

The belief systems of the Fertile Crescent have, therefore, been deeply consequential upon Eurasian societies. To provide an example: Anglo-Saxon law from the 6th to 8th Centuries dealt with adultery as a straightforward property crime to be dealt with between men, to be resolved through the payment of wergild to the cuckolded husband, rather than as a moral offence by the woman herself. This paradigm shifted under the reign of Cnut the Great (1018–1035), who added unprecedented restrictions upon sexuality within a Christianised legal code, freighted with the language of penitence and sin5. 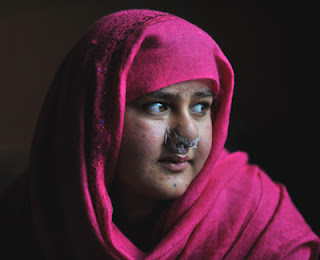 This introduced harsh corporal penalties for deviations, such as the cutting off of the nose and ears of adulterous women, a well-established Byzantine practice6 which is itself a descendant of the punitive mutilations of Middle Assyrian Law . Through the laws of the first Christian king of England, Denmark and Sweden, then, the metanorms of the Ancient Near East began to inflect the values of Nordic and Anglo-Saxon culture.

Given the historical pre-eminence of the Near and Middle Eastern and Greater Mediterranean Regions such cultural transmissions must be innumerable across Eurasia — and beyond.

Lerner’s excavations of the historical development of male dominance in Ancient Mesopotamia disclosed a repository of symbolic values which have become paradigmatic to the Eurasian continent and beyond, through the rise of several world civilizations, empires and ideologies arising in the Near Eastern ‘cradle of civilisation’7, in which we see the development of ‘practices of public theatres of violence and cruelty’ that continued at least into early modernity8 — the distinctively human behaviours of execution, torture and mutilation. ‘A clear line,’ says Fisher9, ‘can be traced through Sumer and Babylon to the Hebrews and certain neighbours of the Sumerians, the Hittites, the Greeks, and other Indo-European nomad tribes.’

I now track this metanormative underpinning to HBV back to a point of origin in the Ancient World upon three heads: the acceptability of physical violence against women as a form of punishment for sexual ‘deviance’ and the assumption of agnatic10 control over their sexualities; the shift towards normative patrilinearity11; and the emergence of a dichotomous view of women based upon phallocentric principles.