Third part in my four part series of reusing bits of my thesis. This one is about the impact of new understandings of reproduction on women’s roles and the development of patrilinear logic.

One of the necessary precursors of agrarian civilisations is the castration of draught animals, which renders oxen docile enough to be yoked to a plough, provides softer, fattier meat, and allows for selective breeding. This is believed to have been first practised in Mesopotamia during the Mesolithic period1. Through this development in animal husbandry, it is likely that an understanding of the testicles as producers of gametes emerged, suggested by an archaeological finding in Choga Mami (c. 6000 BCE), on the foothills of the Zagros mountains in Iraq: a potsherd which is believed to be the first recorded depiction of the ‘triune male genital’2. Testicles, Fisher argues, have become the preeminent symbol of generation by which a phallocentric view of reproduction begins to prevail, marked by the cosmological dethronement of maternal and partnered creator deities by firmly masculine parthogenetic sky-fathers. A medical illustration by Sharaf ad-Din depicting an operation for castration, c. 1466

Through the comparative visibility of the pendulous male gonads in contrast to the concealed ovaries, and the obvious impact of castration upon the fertility of eunuchs and geldings, the notion of male parthogenetic reproduction finds a logical starting point — males come to be seen as the producers of life, whereas females are merely vessels. The agrarian ‘seed and soil’3 metaphor becomes germane. ‘Women are given to you as fields, go therein and sow your seed’ the Qur’an informs men [Surah 2: 233]. Such a metaphor is still visible within the Kurdish language today where men are described as ‘creating’ a child whereas women ‘get a belly’4. 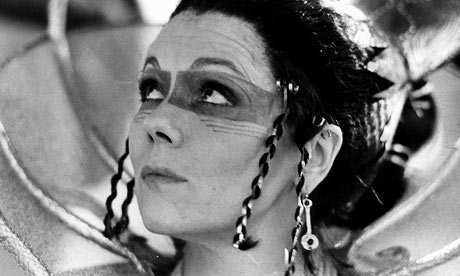 Diana Rigg in the Oresteia

Women’s reproductive role is perceived as passive within an assumed mythic monogenesis. This leads to a phallocentric orientation towards human reproduction, a phenomenon which had previously been considered in mystical terms, diminishing the primordial unit of kinship — the link between mother and child. In Aeschylus’s Oresteia, Orestes faces trial by the Furies on the charge of matricide. The Goddess Athena, herself mythically, patrogenetically, born from the head of Zeus, has the casting vote. She decides that matricide cannot be considered equivalent to parricide, because mothers are not parents in the sense that fathers are.

This idea can be found in other parts of the region, with continuities across the Middle East, Anatolia and the Mediterranean5. In one version of the Yezidi creation myth, Adam and Eve dispute which of them is the progenitor of offspring. They test their positions by attempting to grow children in jars. Adam’s jar contains beautiful children, with stars on their foreheads, who the Yezidi consider their ancestors; Eve’s is empty6.

Women’s role in reproduction is denied and disparaged: patrilinearity and paternal control over, and ownership of, children is justified as this archotic ‘knowledge’ leads to a paradigm shift away from matrilineal and bilateral descent patterns and a movement towards patricentricity.

According to a bridal hymn7 from Ancient Nippur, a central city in Babylonia:

Marriage is here conceptualised as a complete transfer event involving the absolute sundering of natal ties: an attempt to address the contradictions between the respective lineage loyalties of husband and wife8 through the complete obliteration of the wife’s own lineage connectivity.

While motherhood becomes degraded to the point where women’s bodies become containers for the children of men, paradoxically, women’s fertility becomes ever more salient: agrarian and pastoralist economies are expansionist, and tend towards conquest9. They become intensely pro-natal in their demands for warriors and labourers, in stark comparison with the low fertility of foraging peoples. The logics of animal husbandry thus becomes applied to human reproduction10; and women become increasingly valued for their reproductive potential, delimiting their roles to wifehood and motherhood.

The progression of women’s lives becomes a progression of positions of dependency: ‘I am daughter, I am bride, I am spouse, I am housekeeper,’ states the Sumerian Hymn to Gula11, although I suggest that women did not, at least at first, universally subscribe to such orderly and socially approved transitions through the life-cycle.